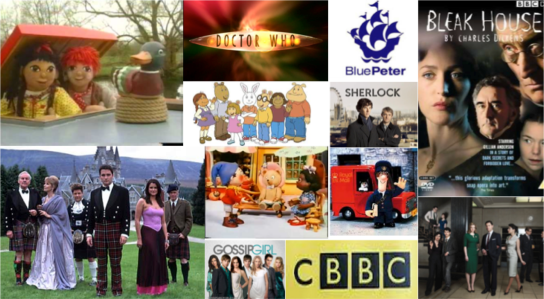 My two earliest memories of television are coupled with strong emotions. The first is annoyance. Annoyance at the fact that staying at nursery for a full day on Fridays meant that I missed Sesame Street. Second, anxiousness – specifically my reaction to Fizzgog’s hat blowing off his head and into the murky waters of a central England canal in Rosie and Jim. I have since rewatched this scene (for research purposes, obviously) and I can safely say that I find it no less traumatic than my three-year-old self did all those years ago, mainly because no sooner has the ill-fated hat landed in the water, than a large barge appears out of nowhere and advances towards it, threatening to mow it over and drown it through suction. It’s exactly like that bit in Titanic when that teeny tiny yacht is shown sailing next to the gigantic prow of the eponymous ship, except WAY more dramatic – James Cameron’s score has nothing on the tension-building ascending bassoon-and-keyboard combo used to dramatic effect in Rosie and Jim.

In fact, it appears that my childhood television watching was plagued by wind-induced hat loss to an unusual degree. I am informed by my mother that as a toddler, whilst watching Postman Pat’s Windy Day, I would remove my thumb from it’s usual resting place in my mouth, point concernedly at the television and cry, ‘Hat blew off! Hat blew off!’ when the hat belonging to everyone’s favourite Royal Mail employee was elevated by a rogue gust of wind and deposited into a stream. Perhaps my early experiences of headgear-related dilemmas are why I have never really been a hat person (although this is more likely due to the fact that wearing a hat over my short hair usually makes me look like an egg.)

Besides Rosie and Jim and Postman Pat, I grew up on a healthy diet of nineties television classics, from Noddy and Brum through to Hey Arnold, the Famous Five, the Animals of Farthing Wood and Arthur (which, by the way, nothing can beat when it comes to theme tunes). Sometimes I get all nostalgic about the fact that the only exposure I had to technology when I was younger was an hour and a half of CITV or CBBC after school.  I pause for a second, thinking of all the post-millennium children growing up in a world of tablets and smartphones, and I smile to myself smugly, before continuing my extensive internet trawl for the cheapest iPhone deal.

My favourite programme when I was in primary school was Blue Peter, presented by the dream team that was Matt, Konnie, Simon and Liz. I  watched every episode and wanted Blue Peter badge so badly (I still do, obviously). When I was older I got really into Grange Hill. I used to think it was rubbish. My brother and I would ‘watch it just to laugh at it’. Then, one day, we turned on the TV with this very intention, and found ourselves watching an episode in which a guy (possibly called Wayne) made a dramatic return, dropped a cigarette in a chemistry store cupboard and started a fire from which a girl (definitely called Judy) tried to escape and ended up falling to her death from a fire escape. Needless to say, we were hooked and I ended up watching it regularly. (This habit of ‘watching stuff to laugh at it then accidentally forgetting to stop’ has continued throughout my TV-watching life, my addiction to Towie being the most recent regrettable consequence.)

A special mention must now go to a series that I watched with my family religiously every Sunday evening: Monarch of the Glen, a cosy drama following the trials and tribulations of the reluctant Laird of a Highland estate. Seriously, who didn’t love this programme?I have mixed emotions when I hear the theme tune though. Obviously, it brings with it waves of nostalgia. But it’s also synonymous with that dreaded ‘back to school’ feeling. The minute the first ‘strum’ sounded at the end of every episode, I was ushered up to bed, knowing that a dreary Monday at school awaited me when I awoke the next morning. Still, this will never tarnish my love for Glenbogle and its residents (although it was never the same after Archie left and Lexie got all boring and serious…).

Round about now, we come to an ordinary Saturday evening upon which I sat down with my whole family to watch a programme that up until then I had only ever known to be the punchline of a ‘knock knock’ joke: Doctor Who. To put it mildly, I quite liked it. I’d still argue that series 1 of the remake was the best yet for storylines: the creepy little boy in the gas mask is by far the scariest villain they’ve had so far. (I don’t understand people who think Daleks are scary.  I think they’re absolutely hilarious, and insanely cute, in an unhinged sort of way.) I remember being really sad when Christopher Ecclestone regenerated into David Tennant, who I decided seemed really irritating. I was sure he would never be as good as Christopher Ecclestone. We all know how that turned out.

Thus, Doctor Who continued to be a regular feature in my TV schedule, interspersed with lots of period dramas (at roundabout 13 I watched the 1995 adaptation of Pride and Prejudice and my love of TV period pieces began. My all time favourite was the BBC’s 2005 adaptation of Bleak House, which had an incredible cast and an even better story. If you haven’t seen it, order the DVD and get watching.) Unfortunately, my love of Doctor Who has waned in recent years, 40% due to Matt Smith and 60% due to River Song, who seems to pop up pretentiously in every other episode, making her catchphrase of ‘spoilers!’ kind of ironic. Is the spoiler that you’ll be back AGAIN River? Because that’s not really that much of a spoiler, is it?

Drama remains by far my favourite genre. I’ve probably mentioned just a few times my love of The Hour (for which I am now mourning – how could they cancel it on such a cliffhanger?!) and certain friends would probably disown me if I failed to mention the genius that is Sherlock. I loved last year’s BBC adaptation of Parades End, and more recently ITV’s Broadchurch. British drama is really the bees knees. That doesn’t mean I haven’t LOVED some US exports: Desperate Housewives and Homeland are the first to spring to mind. However I’d like to point out that I have never been snobby when it comes to dramas. I think you can probably gather this from my non-existent attempts to hide my enthusiasm for Downton Abbey and Gossip Girl. I do draw the line somewhere, though, and that line probably lies halfway between Lark Rise and Candleford.

I could finish this piece off with a really soul-searching conclusion about how the programmes I’ve watched have deeply significant parallels with certain stages of my life. But that would be rubbish/pretentious/obviously not true. I just really like watching TV. Instead, I’ll leave you with three concluding points:

2) No pressure, twelfth Doctor. None at all.

3) If it’s windy, leave your hat at home. Seriously. It’s not worth it.